Ralph Sean Green is the coolest caterpillar you’ve ever seen. 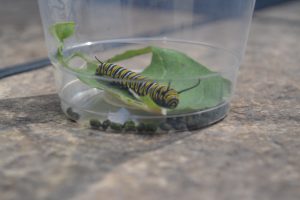 He can change his skin.

He can change his shape.

He can change his color. 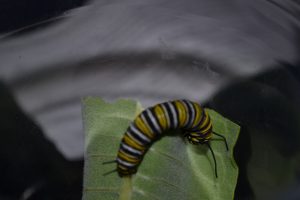 He eats a lot of milkweed leaves, chewing and chomping.

The caterpillar will eat most of the milkweed in the last few days before it turns into a chrysalis. 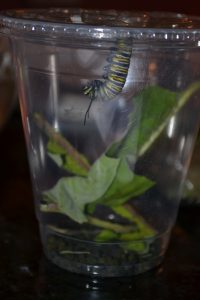 At first glance it is just another thing crawling.

Catching the caterpillar changing into a chrysalis is the fun stage. The caterpillar will climb up to the lid of the cup and spin a silk structure to attach itself.

It will then hang down in a “J” shape for about a day.

What does he do when you’re not looking?

Maybe he…
Surfs the leaves
Hangs out and bungees
Swoops down on the trapeeze
Or cha chas in his own conga line? 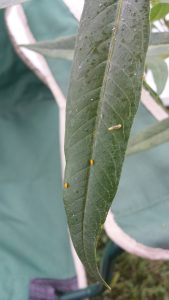 He started as a speck of an egg on a milkweed leaf, and ate his way to caterpillar size before performing his Hoodini hanging magic trick.

BE A DANI’S DREAMS REPORTER – What do you think Ralph Sean Green is doing as he is tucked inside his chrysalis? (Post your answer in the comment section.) 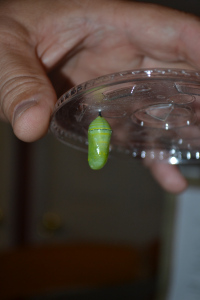 Hidden in a gold-ringed dome,
Ralph Sean Green will become a Monarch
The change is coming.
Wait for it… 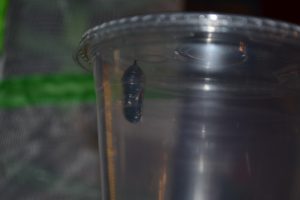 A shiver, a tremble, a split
Ralph Sean Green falls out, and waits on his wings to dry. 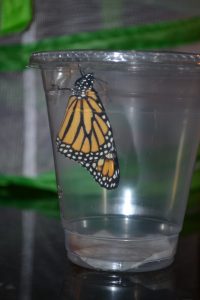 Soon it will be time to take flight
On a journey toward the winter siesta.
Ralph Sean Green may not have a map but he knows where to go.
He knows his place.

For thousands of miles, he stops to sip some nectar, and picks up traveling
companions on the migration to Mexico’s mountaintops. 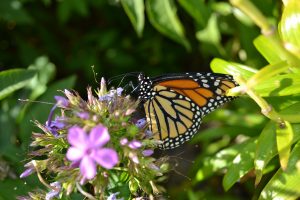 Each fall, hundreds of millions of monarch butterflies migrate from the United States and Canada to overwintering areas in Mexico and California where they stay during the winter until the return flight in the spring.

The butterflies meet in the same place, during the same season, but each year it’s a different generation that continues to find the way.
Ralph Sean Green knows his place,
He knows his purpose,

To fly, to survive and to change the world!

Be a Citizen Scientist! Take the Earth Day Challenge 2020
Next Post: Get a FREE E-book when you sign up for Dani’s Dreams Eco Lessons!